Argo is a crypto mining company that mines Bitcoin and Z-cash. Operations are primarily based in North America and the company trades on the UK stock exchange under the ticker symbol: LON:ARB. In early March 2021 the company announced that the CEO Peter Wall will receive his salary in Bitcoin.

The mining company has also made a provision for any of its employees to opt-in for receiving their salaries in Bitcoin.

Argo will use the Toronto-based Satstreet exchange’s Bitcoin Savings service to convert the salaries from fiat to Bitcoin at a daily market rate.

Argo is the first publicly traded company to pay their CEO in Bitcoin and offer their employees an option to get paid in Bitcoin. This decision has come at a time where institutional adoption of Bitcoin is at its peak, and many corporates are adding Bitcoin to their balance sheet.

Mining companies need to quickly liquidate a major portion of the mined Bitcoins to get the operational costs, Argo is trying to save as many Bitcoins as it can. By the end of February, the company was holding 599 Bitcoins.

Argo’s Bitcoin production went up as the company is heavily investing in infrastructure. It recently installed an additional 4,500 Bitmain Antminer S19 and S19 pro miners, which were procured from Celsius Network. Furthermore, the company revealed that it now has an SHA-256 mining capacity of 1075 Petahash, along with an additional 280 Megasols of equihash mining.The CEO of Argo, Peter Wall, pointed to NFL player Russell Okung as an additional source of inspiration. Late last year, certain publications reported that Okung was drawing a portion of his salary in Bitcoin; in reality, he was using a service to convert his wages. 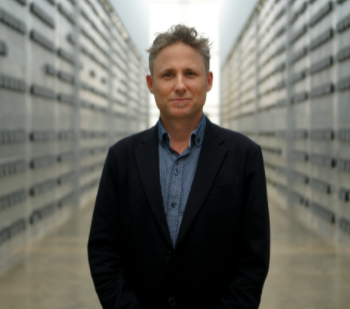 By contrast, Argo is in fact paying Wall in Bitcoin straight from the company’s coffers. Wall reported “strong” interest from employees as well, and he anticipates a “strong uptake” on the offer. Employee salaries will continue to be denominated in fiat, and the conversion rate will be calculated daily using Satstreet’s exchange rate.

Even some shareholders have indicated interest in the dividend payments in Bitcoin. This may mark an important transition for crypto into a fundamental building block of the financial system. Other large publicly traded companies may adopt an option for shareholders to be paid out in Bitcoin or other crypto currencies hence further legitimizing Crypto’s place within the financial system.

Peter Wall said that Bitcoin is an ideal way to take at least a portion of salary as it is an efficient utility as a store of value and its provable scarcity. Argo is positioning itself as a payment solution provider that provides the structure for how people are getting paid out and this may be a future area of growth and opportunity for the company.

Why is this important for the crypto industry?

Argo’s CEO accepting Bitcoin as a form of payment for his salary further legitimizes cryptocurrencies’ place in the financial system. It marks an important milestone for crypto as it is possible many other large public companies may offer an option to receive part of employees salaries in crypto currency and further progresses the mainstream adoption of crypto currency.

An interesting possibility in the crypto currency space could be the payment of dividends using crypto to shareholders. Many large companies may adopt an option whereby shareholders can choose whether or not to distribute their dividend in crypto currency or fiat currency.

Pros and Cons of Salaries in Crypto

Internationally based companies may save money on exchange fees when paying salaries. These fees may eat into the bottom line of the company and impact the compensation for the employees. Advocates argue that Bitcoin transactions are often far less expensive than using PayPal or a remittance service. Bitcoin can be easily converted to dollars afterwards.

Another advantage comes in how quickly funds can arrive in an Ethereum or Bitcoin wallet. Salary payments from old-fashioned bank accounts can sometimes take days or weeks to clear, greatly inconveniencing those who have bills to pay.

Blockchain also creates an immutable, transparent record of the salary payments that have taken place, protecting both parties in the event of a dispute. And, if an employee decides to hold on to their BTC, they could see the value of their wages rise over time, especially in a bull run.

Accepting Bitcoin salaries could also bring new business for freelancers, opening up their network to crypto companies and startups that often pay employees in crypto than more traditional companies.

Although digital currencies do solve some of the annoying problems associated with bank accounts and credit cards, they also create entirely new issues. Employees would still need to pay income tax but right now, many accountants aren’t up to speed on how cryptocurrencies work. And, if Bitcoin salaries rise substantially in value after being paid, the issue of capital gains tax might raise its ugly head.

The volatility of cryptocurrencies such as Bitcoin, Ethereum and Bitcoin Cash also mean that unless these digital assets are speedily converted into a fiat currency, their value could fall dramatically in the space of a couple of hours.

Using Bitcoin to pay employees would be a massive boost for mainstream adoption, but cryptocurrencies and crypto mining can be difficult for the typical consumer to understand. Bank accounts are fairly straightforward, and there are safeguards that protect them if they forget their password or attempt to send funds to the wrong place. Some cryptocurrency exchanges don’t offer these features, meaning there’s a risk of costly mistakes if a long Bitcoin address is typed incorrectly.  Regulation could be another issue.

Argo’s CEO decision to receive his salary in Bitcoin marks an important milestone in the mainstream adoption of cryptocurrency. In years to come many large public companies may offer their employees the option to receive part of their salary in cryptocurrency. It will be interesting to observe the demand from shareholders also in terms of dividend payments in crypto from blockchain mining companies.

Use one of magic links